A National Memorial has been dedicated at the 2001 Flight 93 crash site. It is being developed, operated, and maintained by the National Park Service. Many volunteers from the Shanksville/Somerset, PA area are also involved on a daily basis.

The work has been completed at Flight 93 National Memorial with the dedication of the “Tower Of Voices” and even though completed, will always require maintenance. This is why a small group of grateful Americans gathers every year. We gather to remember our heroes and to help defray the cost of honoring and maintaining the sacred ground of their final resting place. We believe that they should be remembered in perpetuity for their ingenuity, bravery, and heroic actions on September 11, 2001.

The 40 passengers and crew on Flight 93 that day were simple average folks that, because of their plight, became extremely remarkable citizens. There were no military, no veterans, no law enforcement, no first responders of any kind. Their ages were from 20 to 73 years old. Nearly all the passengers were United States citizens, with the exception of one gentleman from Germany and one from Japan. Lauren Grandcolas was carrying her unborn child, who perished along with the other passengers and crew!

Fate put them together on Flight 93 the morning of Sep 11, 2001. Both fate and character had a strong hand in their heroic and unprecedented attempt to retake control of their plane from the terrorists.

A 25 minute delay on the ground in Newark put them behind schedule. Because of that fact, the passengers had time to receive various communications from family members and friends on the ground, informing them of the 3 previous hijackings and their unthinkable results that day. When their plane was overtaken and turned towards Washington D.C., they had a pretty clear idea of what may lay in store for them.

They gathered, discussed possibilities, and voted whether or not to attempt to regain control of their plane. Both pilots and one flight attendant had already been killed. None of the passengers were pilots, yet they were willing to go to great lengths to save themselves, and to save whatever other victims stood in the intended path of the terrorists ad that airplane full of fuel on that historic day.

This brave group of passengers, in completely uncharted territory, managed to force their way into the flight deck. Once inside, a protracted struggle took place for control of the aircraft. When it became clear to the terrorists that the passengers indeed were getting the upper hand, the cowardly terrorist pushed hard on the yoke and plunged the plane into the ground. The final resting place of these 40 heroes was to be a field, just north and slightly east of Shanksville, PA.

Flight 93 has a very real connection to every American, but perhaps even more so to the citizens of Ohio and Pennsylvania. The last words spoken from the cockpit, before the plane was taken over by the terrorists, were received at the Cleveland Control Tower. It was in the airspace over north-eastern Ohio that the plane turned, and by most accounts, was headed for the White House or the Capitol in Washington D.C when our 40 heroes thwarted those plans. All of their lives ended in a peaceful field in south-western Pennsylvania. It is up to all of us to ensure that their legacy does not die in that field of honor with them!!!!!

This 2021, 20th Anniversary Snappers/Iron Horse Cowboys Flight 93 Poker Run is being held on June 26, 2021. You can find further details about the run at johnnyawesome.live Click the events page tab, then scroll to the July 2021 calendar and click on the event.

Our enduring thanks to the host location, Snappers On The Water, 6484 Bennett Lk Rd, Fenton, MI 48430, and to the Iron Horse Cowboys. Without their efforts and generous support, this run would not be possible.

The Snappers/Iron Horse Cowboys Flight 93 Poker Run is supported by individuals who refuse to forget the events of that world defining day, including Law Enforcement, Firefighters, First Responders, and other ordinary and extraordinary citizens of this beautiful world!!!!! RIDE or Donate and count yourself among them!

If you are a financial position to donate, please do! If you want to share a nice day with some nice people June 26, 2021, come on out! The poker run is about 115 miles, starts at, and returns to Snappers On The Water, 6484 Bennett Lk Rd, Fenton, MI 48430. Anyone is welcome in any type vehicle, whether going on the run or not. The $25 donation is voluntary, give what you can afford, or give nothing. [Pre-registration is only $20] Everyone is welcome to enjoy the day with us, supporting this cause. For those donating, the Snappers/Iron Horse Cowboy sponsored poker hand prize is $100 for the winning hand! There will also be giveaways of items donated by supporting individuals and businesses and 50/50 drawings!

Best private party ever!!!!! This is a family and bunch of friends that are serious music aficionados. I mean they flat out LOVE IT!!!!!!!!!! 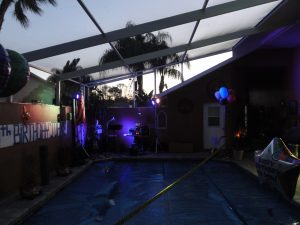